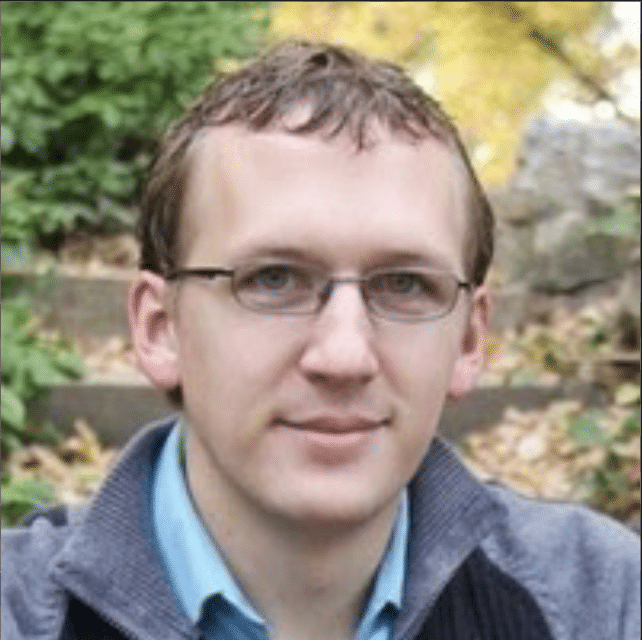 by Adam Maxfield
We all have inclinations to favor or disapprove of certain human characteristics, and we may or may not be aware of them. But these cognitive biases can impact your hiring process, performance management, and communications negatively. Here, we will define the “halo and horns effects” and provide ways to help you minimize it when it matters most.

What Is the Halo Effect?

As humans, we are subject to 188 different cognitive biases that impact our interpretation of the world around us. A cognitive bias is an error in thinking that happens when people interpret information or remember information. It’s a “blind spot, or a story you make up to explain something to yourself instantly, without even realizing you’ve done it.

Cognitive biases are often helpful, as our brain is able to process information efficiently using them. However, these biases can also lead us to make uninformed or inaccurate decisions. The halo effect is a good example of this.

The halo effect is a cognitive bias in which, based on one positive trait or characteristic we attribute positive judgment to other, unrelated characteristics. For example, you pass an attractive stranger on the street. This may lead you to unconsciously determine that this person must also be smart or successful, even though you don’t know anything about them.

This initial impression is like putting on a pair of glasses. Once the glasses are on, we are more likely to overlook negative attributes and see the person in a positive light.

Let’s consider a common scenario we have all experienced. Picture yourself walking down the aisle at the grocery store. You stop at the cookies, and your eyes settle on a package of Oreos with the label “Organic” printed on it. If you are like most people, you assume that these Oreos are significantly better for you than traditional Oreos, when in reality, that is not the case.

That is the halo effect in action.

The Halo Effect vs Horn Effect

Imagine you are on a blind date. As your date walks into the restaurant, they flash you a smile, showing yellowed, crooked teeth. What judgements of your blind date do you make at that moment?

If you are like many people, you make negative judgments, such as They must not be very successful, They must be awkward in conversation, or Their apartment must be a dump.

That is the horn effect in action.

The History of the Halo Effect

The halo effect was discovered by the psychologist Edward Thorndike in the 1920s. He was conducting an experiment with military officers. They were tasked with rating the physique, intelligence, leadership and other character traits in soldiers before interacting with them.

Along with the initial findings, they also discovered that physical appearance tends to be the most influential factor in determining initial impressions of someone else.

The term halo came from religious practices of drawing a glowing circle (halo) on religious figures’ heads to cause their faces to glow. In essence, the halo serves as an initial positive impression that leads us to see other things positively.

The horn effect was also borrowed from religious practice, but in this case, they would draw horns on devils and demons to indicate evil. Our initial negative impression of someone leads us to judge them negatively in other areas.

The halo effect may resolve over time as relationships deepen and we come to learn the truth about a person. But in an interview process, we have a very limited time to make a judgment about a candidate’s ability to add to the company culture and do the job. Of course, we want that judgement to be accurate, not impacted by unconscious bias we may not even be aware of.

Here are a few ways the halo effect may show up in hiring.

How to Minimize the Halo Effect in Hiring

Even though the halo and horn effects constantly influence our judgement, there are ways to minimize their impact. Here are a couple of techniques you can use to decrease cognitive bias in hiring.

It’s a good practice to create a scoring rubric to help you objectively evaluate a candidate’s answer to interview questions. These will typically be scored on a scale of one to five, based on the thoroughness of their response and how well it fits with the position’s requirements. Assigning a score helps you remain less likely to fall into the halo or horn effects.

By using a scoring rubric, you can also objectively compare candidates since each candidate will have been evaluated using the same criteria.

Panel interviews, in which two or three interviewers are present, offer many advantages, including the thoroughness of the interview, streamlining the interview process, and calibrating the evaluation of each candidate after the interview.

During the interview, you may judge a person’s answers differently than someone else on the panel. The ability to compare your evaluation with other interviewers can help eliminate any personal bias, like the halo effect, from influencing the final decision.

Rather than having just one interview to make a decision, it’s important to include multiple people and steps to the process. Two to three interviews with different people or panels is common. More than that can contribute to a poor candidate experience.

By involving multiple steps and stakeholders, you give each candidate the opportunity to be accurately assessed despite a good or bad impression they may have made during a previous step. Much like the panel interview, you can also compare results across the different steps of the interview.

When handing off a candidate to another interviewer in the process, do not share your feedback. Any feedback you share may influence the next interviewer’s opinion of the candidate before even meeting them.

These opinions or evaluations are best kept until you meet with other interviewers to discuss the candidate.

Examples of the Halo Effect in the Workplace

The halo effect impacts the workplace in more ways than hiring. Here are some other common areas where this bias may show up.

It is very common for the halo or horn effect to come up when managing an individual’s performance or completing a year-end review. Imagine you have a team member who consistently hits deadlines. Based on this strength, you may also assume that they have strong working relationships with other members of the team.

This assumption may cause you to overlook intrapersonal issues with this employee and other team members, even if those team members mention challenges working with that team member.

Using the same example, it’s also likely that during the year-end review, this employee will score highly across the board, even if there is a lack of evidence to support the ratings.

Compare that to someone who struggles when working with others. You may only notice their shortcomings rather than other positive attributes.

Be careful of being affected by the halo or horn effect when considering people for promotions. We may overlook people based on a negative conclusion we formed. For example, if they are not good at speaking in front of a group, we might assume they must be weak in other areas required in a leadership role.

This incorrect conclusion may cause you to overlook the right person for the promotion. Even worse, you may promote someone who is good at speaking in front of a group but is weak in other areas, ultimately damaging your reputation and the team’s effectiveness.

Are you giving unique projects, coaching, and training opportunities to people most like you? Do you spend more time with someone you get along with and less time with others? These are just a few examples of how the halo effect can influence employee development.

The horn effect may influence your judgement here, too, of course. Be wary if you hesitate to give someone a project lead because of one failed project, even though every other project went well. Notice if you avoid someone based on their struggles during their first 30 days, even though they are performing well now.

Questions You’ve Asked Us About the Halo Effect

Adam is an L&D professional with 7 years of experience with expertise in building and facilitating workshops on Leadership, Team Building, and Train the Trainer to name a few. He has also helped build recognition programs, performance management processes, engagement surveys, and unique orientation programs.