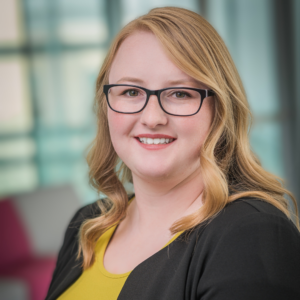 Learn More
What types of bias do you have but are unaware of? Why is recognizing workplace bias important? Here is a quick synopsis of over 15 types of biases you may not know you have.

What Is Workplace Bias?

Bias is incredibly challenging to tackle in the workplace. There are many different types of bias and each falls into two categories: conscious bias and unconscious bias (also referred to as implicit bias). Unconscious biases can be described as concealed inclinations or preferences that an individual is unaware of. Awareness is the first step toward overcoming workplace bias. Only after we are aware of our biases can we can work to quash them through training and putting systems in place that protect the workplace from bias and discrimination.

Why Is Recognizing Workplace Bias Important?

Of the many types of workplace bias, some are more common and well known than others. Confirmation bias, similarity bias, affinity bias, and the contrast effect are prevalent and easy to understand. On the other hand, a few types of bias are less well known and harder to recognize. These include illusory correlation, representative heuristic, name bias, conformity bias, and the halo/horns effect. The following is not an exhaustive list but covers most of the recurrent types of bias in the workplace.

Everyone has pre-existing beliefs and principles that affect judgment. Confirmation bias refers to the tendency to search for or be partial to information that confirms or aligns with these pre-existing beliefs and principles. This can be incredibly challenging to overcome. Confirmation bias occurs when you hold on to your assumptions despite other considerations. For example, if you believe that a candidate is qualified for a position, you may notice or seek out further information that confirms this rather than looking for or recognizing information contrary to that belief.

This type of unconscious bias can be difficult to identify. Most people are likely to look positively on those who share something in common (a similarity) with themselves. For example, a hiring manager is more likely to select a candidate that reminds them of themselves in some way (i.e. similar in appearance or disposition).

In group settings, it is easy to get caught up in what is called ‘group-think.’ Group-think is making decisions that conform with the group’s ideas rather than allowing for individuality. When you allow the influence and pressure of others to affect your decisions, you fall into the trap of conformity bias. You can recognize conformity bias if you find yourself second-guessing your ideas based on feedback from others.

Connections between people bond them together, however, they can also cause bias. Affinity bias is defined as a person’s predisposition to gravitate toward those with whom they share a connection. This type of bias leads people to push away or block out those who are different. For example, if you love basketball and connect with individuals who also enjoy the sport, you may leave others out. This type of bias becomes a problem when employees are disadvantaged by not having a personal connection with others. As in the example, if you give someone a raise because of their connection to you, you disadvantage those who don’t have the same connection. Connections are not bad, but it is critical to recognize them and avoid affinity bias by not basing decisions on how you feel towards someone.

The halo effect is the tendency to allow a positive impression of someone to supersede other judgments of them. Some say that the halo effect causes people to put others on a pedestal. For example, if a candidate shows an interest in volunteering for charities, this may influence a more positive response from the hiring manager even if there are negatives in their qualifications.

The horns effect, the opposite of the halo effect, is the tendency to focus on a negative aspect of an individual. This is a form of snap judgment that can be damaging to relationships and decision-making.

This type of bias is the predisposition to attribute an individual’s successes or failures to personal shortcomings instead of factors outside their control. For example, if an employee is frequently late, one might assume that they are lazy or unmotivated, while in reality, the employee may be going through a hard time like the death of a loved one. Attribution bias can be detrimental to the hiring, promotion, and performance review processes.

It can be incredibly challenging to identify when you make connections between unrelated ideas. Illusory correlation occurs when you make connections or assumptions when there is no basis for them. For example, if a job candidate is from an impoverished part of town and you assume they cannot be trusted, you are biased because of your illusory correlation.

There are three types of appearance biases: beauty bias, height bias, and weight bias. Beauty bias is defined as evaluating people based on their physical appearance. Often those who are more attractive are more likely to receive job offers and promotions than those who are not. Height bias refers to the illusion that taller individuals are better leaders and more authoritative. Height bias more commonly affects shorter people. Weight bias refers to assessing individuals unfairly due to their size for either extreme of weight.

This type of bias refers to depending on your instincts over concrete information when judging an individual. As an example, if you are a hiring manager and a candidate is qualified and has a great interview but there’s something about the individual you don’t trust, this is likely intuition bias.

Authority bias refers to the propensity to rely on the opinions of an individual’s authority rather than their qualifications. When reviewing employee performance, allowing your opinion to be swayed by those above you is an example of authority bias.

Gender bias refers to unequal treatment of individuals based on their gender. Typically this stems from an unconscious and inaccurate connection between a person’s ability and traditional views of their gender. On many occasions, females that are equally qualified for job positions are misjudged, and hiring managers favor men because they appear more qualified because of their gender.

This type of bias refers to false connections or mental shortcuts made between two unrelated concepts or assuming two related concepts are more connected than they actually are. For example, if you assume someone is a good person, you may believe they will make good decisions. As another example, if a candidate shares they played sports in high school and you assume that means they have grit and are a hard worker, you have heuristic bias.

How To Address Workplace Bias

Addressing biases is critical to creating an equitable and inclusive workplace environment. There are many methods for addressing bias including focusing on the facts, developing bias training, creating anchors, ensuring blind judgment, and creating strong policies and structures. All of these methods can be utilized on their own or combined to double the power against bias.

Step 1: Focus on the Facts

Conscious and unconscious biases create false assumptions about individuals. One way to overcome these assumptions is to focus on the truth. Leadership should search for compelling evidence to prove what they assume because concrete evidence will likely correct false assumptions.

One way to overcome most types of bias is to provide training. The first step is to identify biases. Training individuals to recognize when they discriminate against others can help them avoid it in the future. Bias training can be most effective for those involved in the hiring process. If hiring manager can identify their own personal biases, they can change their mentality and solve bias issues on a personal level.

A best practice to avoid bias in the hiring process includes creating interview rating anchors. Rating anchors refer to specific, measurable aspects or qualifications of the job. For example, when measuring candidate professionalism on a five-point scale, 1 may equal casual dress (t-shirt and jeans), avoiding eye contact and slouching during the interview; 2 may equal a semi-nice shirt and jeans, a weak handshake and fidgeting during the interview; 3 may equal business casual dress, an adequate handshake, and an impassive attitude; 4 may equal relaxed professional dress, a good handshake, and a positive attitude; and five may equal professional dress (suit jacket), a strong handshake and confident/self-assured appearance. Specific interviewing anchors depend on the aspects of the job and culture of the organization but comparing candidates to the anchors instead of each other or the interviewer’s assumptions diminish bias.

Blind judgment refers to evaluating candidates without knowing information that may trigger biases, such as names, race, gender, age, appearance, etc. Blind resume reviews are recommended for organizations that struggle with bias in the recruiting and hiring processes. Reviewing resumes blindly is accomplished by taking names off of resumes so that candidates are judged only on their experience, knowledge, skills, and abilities. Regardless of pre-existing bias issues, practicing blind judgment can prevent bias from developing.

Policies regarding bias in the workplace hold employees accountable for their discriminatory practices. Additionally, anti-bias policies can shape a culture of inclusivity and encourage employees to confidently confront biases. Structured interviews and performance reviews also help individuals avoid bias as they compare job candidates or employees equally. Structured interviews and performance reviews are organized so that managers ask candidates or employees the same questions and hold them all to the same standards.

Can an employer be sued over workplace bias?

Absolutely. Employees or job candidates can sue employers for discrimination against a protected class. Biases are often a source of discrimination in the workplace.

No. There are two categories of bias, conscious and unconscious (also referred to as implicit bias). Unconscious biases can be described as subconscious inclinations or preferences that typically disadvantage others in some way. Conscious bias is intentional discrimination against someone because of some characteristic.

Are there laws to protect against workplace bias?

Yes, there are laws to protect against workplace bias. Title VII of the Civil Rights Act of 1964 (https://www.eeoc.gov/statutes/title-vii-civil-rights-act-1964) protects employees and job applicants from discrimination and bias in the workplace based on any of the protected classes (race, sex,gender, religion and national origin). Additionally, the ADA (Americans with Disabilities Act)-https://www.ada.gov/,protects against employment discrimination and bias based on disabilities.

What should I do if I recognize that somebody is biased in some way?

Don’t be afraid to speak up! HR professional Valerie Vadala says, “I have found that over the years, if you point it out without judgment, most people are grateful for the feedback and willing to open their minds.” 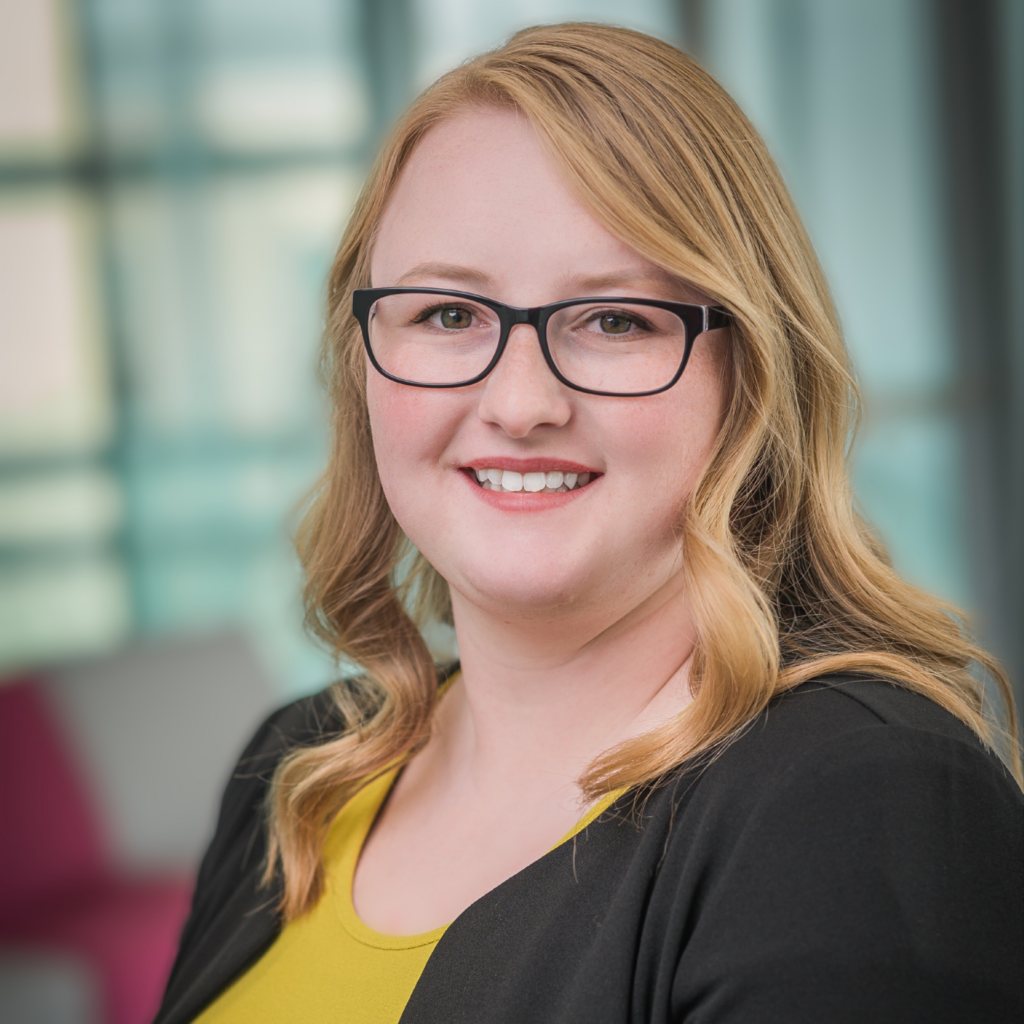 Rae has acquired HR experience in team leadership, research, training, recruiting, project management, and mentoring upcoming HR professionals. She is fascinated by workplace culture and the many implications it has on the world of business, especially HR. When possible, she seeks out opportunities to expand her knowledge and give back to her community.

Accessibility in the Workplace

ADHD in the Workplace

Anxiety in the Workplace

Autism in the Workplace

Depression in the Workplace

Masking Emotions in the Workplace

Mental Illness in the Workplace

Neurodiversity in the Workplace

OCD in the Workplace

Racism in the Workplace