by Carol Eliason Nibley
Whether an employee is leaving because they quit, were laid off, or were terminated, emotions are probably running high. If they demand immediate payment of their final check, do you know how to comply with state law as well as company policy? Read on to learn what you need to know to stay stress-free and confident in these situations.

What Are Final Paycheck Laws?

While federal law doesn’t require the immediate payment of a final paycheck, some states have very specific timelines for payment of final wages to employees. Employers that understand the requirements in the states where they have employees will avoid penalties, interest, and legal costs by paying their departing employees correctly.

Final paycheck laws vary from state to state, and depend on the circumstances in which an employee leaves the company. If an employee quits voluntarily, the employer typically has more time to pay the final check than if the employee is laid off or terminated.

What Is Included on a Final Paycheck?

Are Deductions Permitted on a Final Paycheck?

State laws are specific about what types of deductions can be made on a final employee paycheck. Voluntary deductions, such as health insurance premiums and retirement plan contributions, will depend on company policy. Deductions such as withholding taxes and garnishments are mandatory.

In some states, employers may not withhold a final check or deduct amounts owed for unreturned company property or payroll advances still owing. To learn the best practice for recovering amounts due to the employer by the employee, consult with your state labor department.

All good things come to an end, so it’s to be expected that employees will be moving on at some point. All U.S. employers have an obligation to comply with final paycheck laws in states where the laws are specific on the payout timeline. Additionally, special consideration must be given when companies close their doors or have a widespread layoff.

Final Paycheck Laws During Layoffs. Layoffs pose a special challenge for employers because there are many considerations involved in determining who will be laid off. Employers must be careful that their decisions don’t adversely impact protected employee groups, and  mindful of federal and state Worker Adjustment and Retraining Notification Act (WARN) requirements that provide for advance notice of the layoff (or additional penalties for failure to provide such advance notice). The timing of final paychecks for laid-off employees is typically the same as for other involuntarily terminated employees, as long as WARN Act requirements are met.

Because state laws vary, here is a representative sample of the various state laws. Keep in mind that state laws change frequently and this summary isn’t to be construed as legal advice. We recommend checking state statutes for current information.

As this list indicates, most states are very specific about the timing of final paychecks for employees, whether they quit voluntarily or not. This highlights the necessity of having clear company policies and training management personnel on these policies so employees can be paid correctly and on time.

Is final pay mandatory?
All employees are entitled to pay for time worked at the end of employment regardless of who initiates the separation. Companies have an obligation to understand final paycheck laws in the states where they have employees and ensure compliance with specific state statutes.
What is included in the final paycheck?
Final pay includes pay for all time worked, including overtime and shift differential pay, as well as bonuses, commissions, and certain severance payments. Accrued vacation pay is also required in some states or company policies.
Are employers required to mail the final paycheck?
Employers can pay the final paycheck using the same method they use to pay other payroll obligations—cash, check, payroll card, or direct deposit. Keep in mind that some states have specific paystub requirements that still apply when paying employees their final payments.
Carol Eliason Nibley

Carol Eliason Nibley, SPHR, GPHR and Principal Consultant at PeopleServe, has more than 25 years of experience in human resources, most recently serving as Vice President of Human Resources for a technology company in Utah County. Carol has taught HR certificate courses at Mountainland Technical College and in other settings for more than 12 years.

The Top 4 Reasons to Change Your Payroll Provider

When it comes to choosing a payroll provider, there is so much more than just running payroll. Unfortunately, many business owners rush to choose the provider without considering many alternatives. Learn more about the four reasons you should consider making a change.

What Are Fringe Benefits?

Employee compensation can take many different forms. Most people think of it as the money that ends up in your bank account at the end of a pay period. But for many of us, the fringe benefits we enjoy from our employer play a significant role in our compensation package. 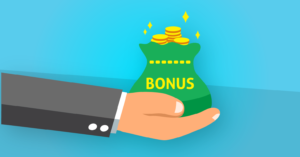 Administering and calculating employee bonuses effectively is a great way to motivate and reward employees. Here are 6 keys to doing it well.