“Employment At-Will” means a company can fire whoever they want, when they want, right? Not exactly. In this article, you will learn all about what at-will employment entails and how to untangle its complicated concept.

What Is “Employment At-Will”?

It is important to note, employment at-will is a uniquely American concept. Most westernized countries, including all of Europe, engage in employment contracts or indefinite employment. At-will employment is very much a representation of the philosophy of American macroeconomics and laissez-faire capitalism.

There are many reasons why organizations adopt an at-will employment policy:

Sometimes engaging in a contract is great. You have a good experience and know you are guaranteed to have a good experience at least until the contract has reached its end. But sometimes it isn’t. Employment is like this, and people tend to like flexibility. Simply put, employment at-will provides employers with far more flexibility to manage a workforce and organization than contract employment.

In addition to the flexibility to terminate employees at any point, employers can make changes to wages or benefits without notice or consequence, whereas, if not for at-will employment, both employer and employee would be locked into the terms of their agreement for the length of it. Similarly, this provides employees the freedom to leave their position and company at any point.

You joined a company 12 months ago and have hit the ground running. You smashed your sales quota, your boss says you are a rockstar, and you are already looking at your next promotional opportunity. A peer above you leaves the company and suddenly there is a golden opportunity for promotion.

Unfortunately, you are not selected, but rather your co-worker that started three years ago and has only hit half the sales numbers you have is getting promoted. This isn’t very fair, right? Well, in contract employment things may sometimes not appear fair but they are certainly equal. Seniority is typically the determining factor when considering who will get promoted and who is eligible for a pay increase.

All things considered, seniority removes bias and favoritism from making decisions and leaves it purely up to facts. The trade-off, of course, is this isn’t necessarily fair, nor does it typically improve your company. High-performers should be rewarded and organizations improve when high-performing employees are promoted to the appropriate role.

At-will employment allows this to exist, creating a meritocracy. With that said, meritocracy implies a level playing field for everyone. Organizations should always have objective measures of success to limit bias in grading individual performance.

Today, Leonardo da Vinci’s Mona Lisa painting is pretty much “famous for being famous.” Most people may not know why it’s famous, but we certainly accept it as such.

Think about the most recent job posting you have seen for a moment. When you see a job posting online, you probably assume the position you see is for at-will employment. Even if you do not know what the at-will concept is, you know you could quit on a moment’s notice if you wanted to. Unless otherwise stated, there is an implicit understanding that most jobs in the U.S. are one’s where employment at-will reigns supreme.

In addition to the benefits it provides employers, it has simply become the common practice for employment to be non-contractual. A shift away from at-will employment would signify a major paradigm shift in U.S. labor law and employee relations as we know it.

Limits and Exceptions to At-Will Employment

As we discussed earlier, employment at-will is far more complicated than its name implies.

Always remember, as an HR professional, employment at-will does NOT mean you have a blank check to terminate an employee. Employment at-will comes with some major stipulations, and the exceptions can vary state by state.

Likewise, discrimination based on age, sex, gender, religious belief, sexual orientation, and other demographics is always illegal. This is likely going to be the most important and common watch-out that you will need to factor for. And while the basis of your termination should always have solid and legal rationale you should avoid creating a perception that discrimination has occured.

Again, termination based on someone’s age, sex, gender, religious belief, and/or sexual orientation is always illegal. It is always important to first understand your state’s legal stance on specific items as it relates to what is legally backed, especially when it comes to discrimination claims. What is considered legal in one state may not be legal in another, so it is critically important to understand what lines you may be inadvertently crossing.

Additionally, there are two major exceptions to watch out for as it relates to where employment at-will, all of which are illegal reasons to terminate. It’s important to note that there are several other exceptions that are important but far less common and are only recognized by a minority of states. Again, states have varying degrees to which these terms are construed (if at all) so it is important to thoroughly understand your state’s stance.

How To Terminate an Employee Who Is Employed “At-Will”

A manager walks into your office and explains that one of her employees has… here is where you can choose your own adventure. Let’s assume this will be an involuntary termination but should be termination with cause. Most typical involuntary terminations will be centered around performance, violation of code of conduct, insubordination, lying, financial misconduct, or other reasons.

This is where, as an HR pro, you should first establish if there is a concrete reason for termination. The first step is understanding if the situation warrants an immediate termination or if it is a behavior the employee can correct with time, coaching, and/or progressive discipline.

In many cases, this will be easy to establish. An employee gets into a physical altercation with another employee and that’s easy grounds to terminate. It’s always important to understand your company’s code of conduct and review if the employee is in violation of it.

Performance is a bit trickier and will depend on the role of the employee, so referencing performance management tools will be critical.

Your legal team can be your best friend but only if you utilize them early and often. If possible, consult with your legal team to vet the process and they will be able to provide additional guidance on how to handle the situation.

While your justification is likely based on objective fact and free of bias, it’s important to recognize the legal risk of moving forward with termination, especially if the employee is part of a protected class. Your legal team are the legal experts and it’s best to align with them on proposed steps before ever terminating an employee.

Of course, not every organization will have a legal team (that may be you!) and that’s OK. Skip to the next step for how to navigate.

3. You’re the Lawyer and Your Client Is the Company

While the burden of proof lies with the employee to claim discrimination or whether an illegal termination was committed, you should be prepared with your own defense. Pretend you’re standing in front of a judge and you have to prove that your rationale for termination is not only legal but fair. Could you reasonably prove this employee was terminated legally to a stranger with no information on the case? If you feel hesitancy, then the answer is probably no.

A lawyer would need to come prepared with concrete evidence that their client is not-guilty, the same way you would need to be to defend your decision to terminate. How you do this is the most important piece of a termination, which leads us to our next point.

Your rationale for termination is only as strong as your documentation. Again, can you reasonably prove that termination was for legal cause? You can only do this if there is hard evidence. Most of this will come in writing and should have dates attached. Creating a paper trail will help defend your stance.

As HR it is important to reinforce the critical need for documentation with managers and supervisors as well. Without proper documentation, it becomes your word versus theirs which can make for an unpredictable outcome.

Ideally, at this point, you should have a documented track record of employee performance or misconduct, alignment from legal advisement, and strong justification for termination. It is always good to take one more step back and ensure that your bases are covered.

Are you ensuring there is no personal bias in your decision? Is there objective facts and documentation in place? Is this similar to how you have handled similar employee relation situations in the past, and if not, what is the rationale behind taking a different stance?

Be extremely critical of your stance and take on the perspective of the employee to truly understand if your proposed termination is iron-clad and unbiased. Again, many situations you run into will be easy to make. Clear and egregious violations of the code of conduct, such as physical altercations, stealing, sexual harassment, gross misconduct, among others, will be clear and immediate terminations.

Example of an At-Will Employment Clause

Looking for an at-will employment clause to include in your new hire paperwork? Here’s one we’ve put together for you:

Questions You’ve Asked Us About Employment at Will 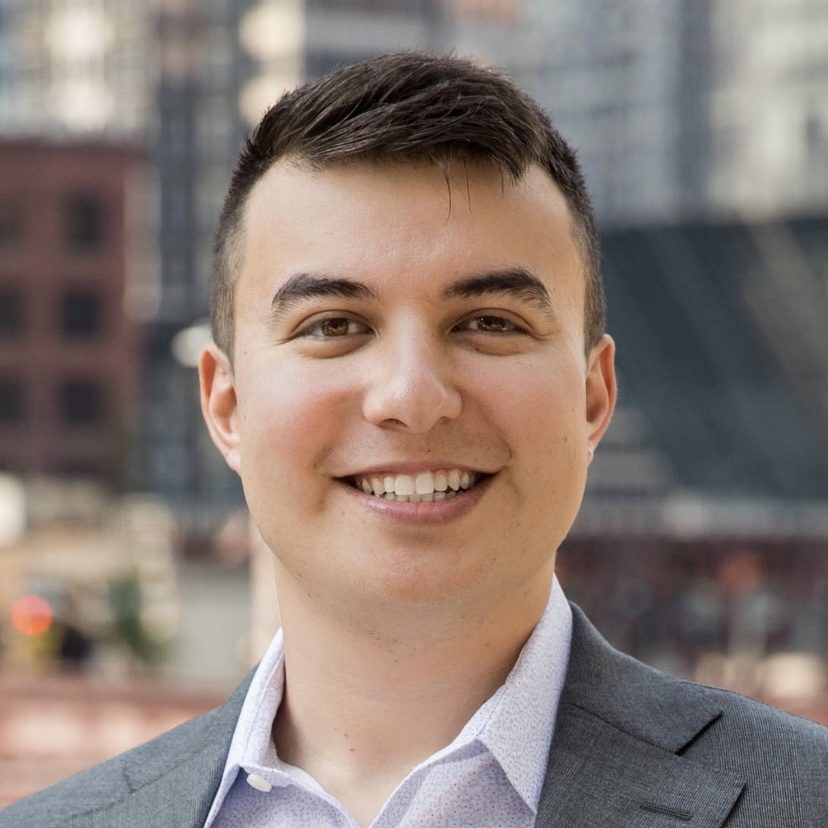 Caesar Fukuda is a HR Business Partner committed to solving business challenges and partnering with leaders to drive organizations forward. With a breadth of different experiences, he has worked in both manufacturing and corporate environments, primarily in the CPG industry supporting a variety of different client groups over the years. With just under four years of professional experience in HR, Caesar has been vital towards driving large organizations forward with a focus on people at the forefront.
View Author Page